When I arrived in La Rochelle in 2002, I stopped in front of this magnificent giraffe enthroned in the monumental staircase of the Natural History Museum. The wall label claims that it is the “King’s Giraffe”. I know this story… In the summer of 1998, a journalist from Le Monde wrote that the naturalized remains of our national heroine had disappeared in the bombing of the Museum of Caen. So who is right? After a long search in the archives, confirmed by the correspondence of the curator from La Rochelle, Etienne Loppé, and a comparison between an engraving of the time and the remains from La Rochelle, I was able to conclude that Zarafa was indeed in La Rochelle.

Fascinated by the subject, I proposed an exhibition at the Muséum national d’Histoire naturelle. Paris said yes! In 2005, I embarked on long months of research and contacts with various public and private museums in France. The big exhibition was planned for June 2006. But suddenly, disaster: following cuts in the budget of the National Museum, our event was purely and simply cancelled! Intense frustration… What to do with this mass of documentation? I decided to turn it into a book – a beautiful, richly illustrated book.

Certainly, the Frenchman Dardaud in 1984 and the American Allin in 1998 had already published on the subject.  But no book had yet recognized the impact which Zarafa’s would have on unleashing a girafomania in the second quarter of the 19th century.  The people appropriated this gift by a pasha which was intended for a king. Strolled in triumph from Marseilles to Paris, like a living advertising icon, her image appeared on all sorts of media, in two or three dimensions.

Through the extravagance of its forms and the friendliness of its character, Zarafa became an object of fantasy. Everyone projected their most pressing concerns on this unusual animal: scientists, religious people, merchants, politicians, artists… The result was an extraordinary harvest of literature, iconography and artifacts, according to a chronology that draws the arc of this “giraffic” fever.

My ambition was to create on paper the museum that remains to be built in homage to this Egyptian orphan who became Queen of France for twenty years and for posterity in spite of herself. Published in 2006 by the Arléa publishing house, Les Avatars de Zarafa received enthusiastic reviews.

American Style
Farewell to the giraffe 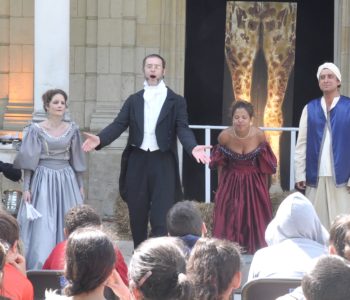 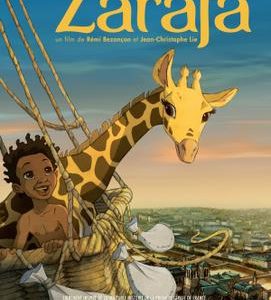 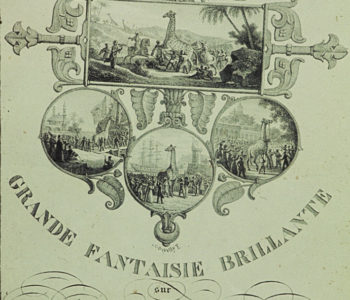 This function has been disabled for WordPress